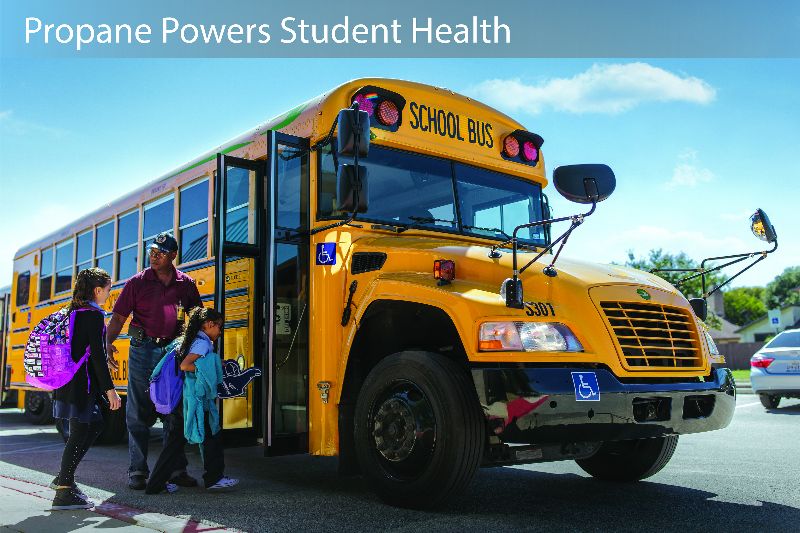 Georgia State University published a study that shows that students who breathe in less diesel toxins score better on tests.

Researchers compared the standardized test scores of students in Georgia school districts, where more than 2,600 buses had been retrofitted with diesel exhaust-scrubbing systems, against test scores in districts lacking the upgrades.

“Students do better on English test if they have cleaner air,” said Daniel Kreisman, an assistant professor of economics who co-authored the study.

The diesel exhaust system upgrades cost $5,000 to $10,000, which Kreisman and his colleagues argue is a pittance compared to the long-term return for society when students do better in school.

Since the study, more and more school districts have been bypassing diesel altogether, replacing their fleets with buses powered by propane.

Propane vehicles emit lower levels of harmful pollutants than conventional diesel or gasoline engines. They are quieter, cleaner and at the end of the day, are healthier for students.

According to University of Michigan professor of epidemiology Sara Adar, “We found that kids were less likely to miss school when they were riding cleaner buses than when they were riding dirty buses.” She worked on a different study several years ago that tracked students who were switched from buses with dirty exhaust to those with cleaner systems. “There is new evidence that exhaust particles can get into the brain,” she said. “Those older, dirtier buses are ones we should get off the road.”

Student health has become a greater concern for school districts, but the biggest driver for propane-powered fleets are economic: Propane buses are less expensive to run, with cheaper fuel, fewer moving parts and less maintenance.

There are millions of dollars available to make the switch from diesel to alternative fuels including propane. The PPGA is offering $1,500 to help make it easy for schools to convert to propane. Go to  PacificAutoGas.com to learn more.