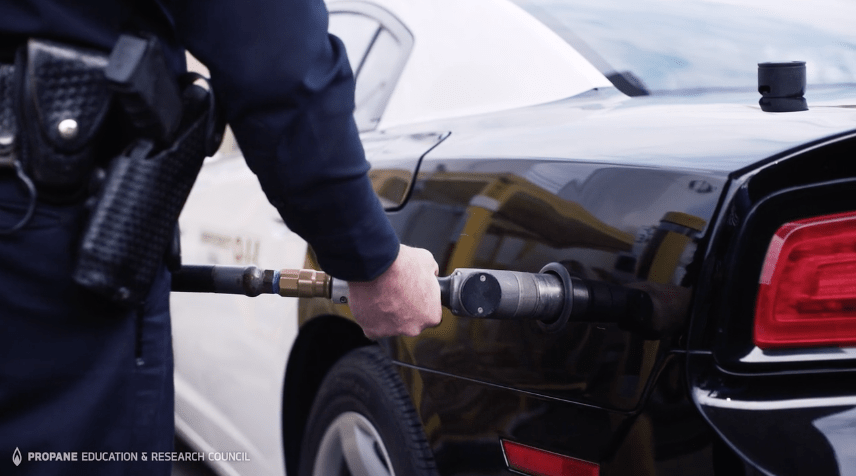 In 2015, the Benton County Sheriff’s Office switched its fleet to run on propane, or autogas, as well as gasoline. That saved the agency nearly $24,000 in fuel costs. Considering previous record of annual fuel costs totaling at $350,000, this cut in costs was a huge improvement.

Benton County decided in fall 2014 to install equipment that would allow the Sheriff’s Office’s cruisers, SUV and pickups to use both gasoline and propane.

The work was done at Linn-Benton Community College’s Advanced Transportation Technology Center in Lebanon, OR. CoEnergy Propane is a partner at the Center for the Education for Alternative Fuel that provided autos technical training. CoEnergy Propane presented a $6,700 check to Benton County during a Board of Commissioners meeting. The check represented the 5-cent per gallon Federal rebate that was available for vehicles that operated on propane autogas.

Propane fuel has a lower cost per gallon and costs less to maintain the engine, increasing the longevity of the vehicle.

The sheriff office’s choice to convert to propane fuel has environmental benefits. Running on propane meets the mandate by the state of Oregon to move more of its vehicles to alternative fuels.

You too can save on buying new propane vehicles or converting your existing fleet with the $1,500 rebate from the Pacific Propane Gas Association. Go to PacificAutoGas.com to learn more.