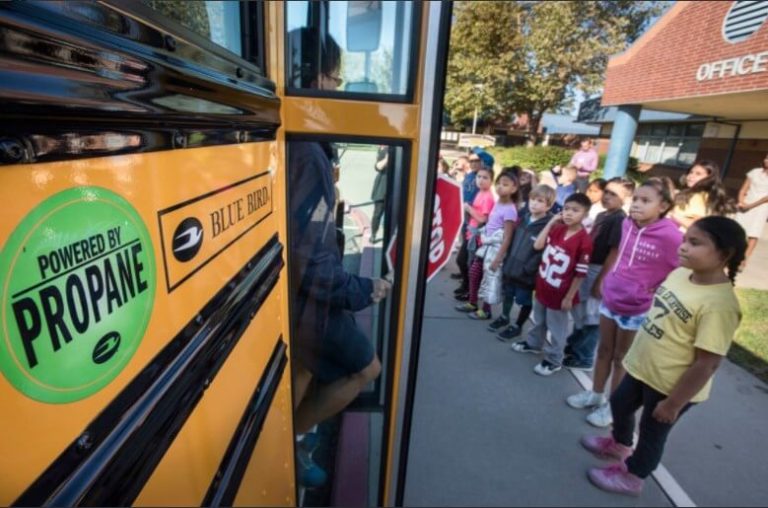 Over 900 Oregon school buses are running on propane, saving costs on fluids, filters, fuel, and repairs while keeping students safe.

"Using propane-powered buses keeps our fuel costs down and reduces our overall emissions. It really is a no brainer."

Running on propane meets the mandate by the state of Oregon to move more of its vehicles to alternative fuels.

“This program has been a tremendous success. Residents of our city have a keen interest in the environment. Propane is proven to be an exceptional fuel choice – both economically and environmentally” said Bryan Winchester, Portland Public Schools Assistant Director of Transportation.

You too can save on buying new propane vehicles or converting your existing fleet to propane with the $1,500 rebate from the Pacific Propane Gas Association. Go to PacificAutoGas.com to learn more.